Serbia has recently become one of the most famous outsourcing destinations in Europe. More and more global technology companies are deciding to establish their offices or development centers in Serbia. Also, there are a large number of Serbian companies that offer on-demand software development and other IT services to clients from all over the world. There is also a vibrant ecosystem of local tech startups. All this leads to the fact that the IT industry is becoming one of the leading generators of Serbia’s GDP.

Although Serbia is a relatively small country (around 7 million people), it has a large number of well-educated, competent, and passionate software developers. In a recent survey, Serbian developers ranked 5th on the world ranking of developers. When language is concerned, Serbian people have high English proficiency, especially IT experts. They usually start using English at a young age, so they become fluent very early, which is why the language barrier basically doesn’t exist. This also applies to communication skills and cultural differences that practically do not exist in relation to the countries from which clients usually come. 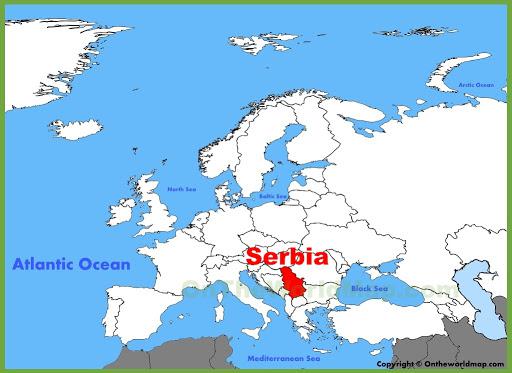 Serbia is in an ideal time zone, especially for Western European countries as it’s either the same or +/- 1h, so the communication can be easily managed. As a country in the heart of Europe, Serbia is very close to its target markets. There is almost no location in Western Europe from which Serbia cannot be reached in 2 hours of flight. There are stable traffic routes and the possibility of travel without visas.

Send us a message